Cold brew is made by steeping coffee grounds in cold water for a long time.

This process intensifies the flavor of the beans and removes much of the acidity from them.

The result is a smoother tasting coffee which some people prefer over hot brewed coffees.

This article will help you understand what cold brew tastes like, what it’s all about, and how to drink it properly.

What is Cold Brew?

Most people these days are familiar with iced tea, but what about cold brew coffee? Cold brewing is a type of coffee extraction process claimed to produce a smoother, more flavorful taste.

The process takes much longer than regular iced coffee (about 12 hours), but the result is worth it if you love your morning cup of joe.

The first step in cold brewing involves soaking ground beans at room temperature for anywhere from six to 24 hours with water and then straining out the grounds before serving – no hot water necessary.

Cold brews are slower because they’re not using heat like other methods; this allows flavor molecules to be drawn off without scorching them.

This means less acidity and a higher presence of bitter compounds called polyphenols, enhancing the aroma and giving an almost sweet finish.

This technique can also make a less acidic, more full-bodied cup of coffee.

In addition, the prolonged contact with water causes the fats in the beans to become emulsified, which can create a creamier mouthfeel. 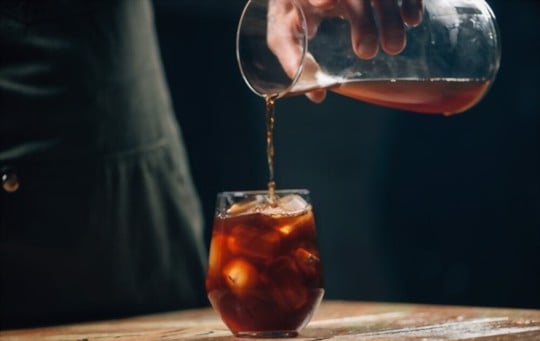 Health experts and nutritionists have differing opinions on whether or not cold brew coffee is a good weight loss aid.

Some people say that the caffeine in it causes your metabolism to increase, which helps you burn calories faster.

Caffeine also has an appetite-suppressing effect, so you may not feel hungry if you drink cold brew coffee before a meal.

The downside to this is that caffeine can also cause headaches in some people, and it has a diuretic effect on your body.

This means you might have trouble staying hydrated because coffee can make you urinate more often than usual.

Plus, drinking cold brew coffee will give you an energy boost, leading to increased activity levels.

Still, over time, the result of all these extra calories burned could be weight gain instead of loss if not counteracted with diet changes or exercise routines.

Some experts say there is no definite link between drinking cold brew coffee and losing weight – so moderation is key when deciding how much one should drink each day for health benefits or as part of a weight management plan. 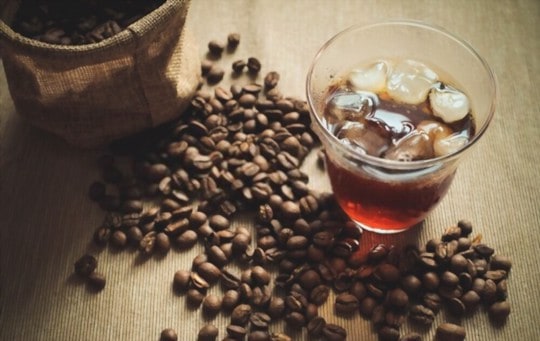 Cold-brew is a relatively new trend in the coffee world.

It’s been around for many centuries, but it was only recently that it became popular due to its low acidity and darker taste profile.

The main difference between cold brew and other types of iced coffees is how they are made.

Cold-brew sits much longer in the coffee beans, extracting less of the acids and producing a smoother cup.

It’s important to note that cold brew is more robust than iced coffee because it has been steeped for many hours over ice cubes or water.

So should you buy a bottle of this dark black stuff at your local specialty store? We think so.

It tastes great, and it’ll have you feeling great, too – all without sacrificing flavor. 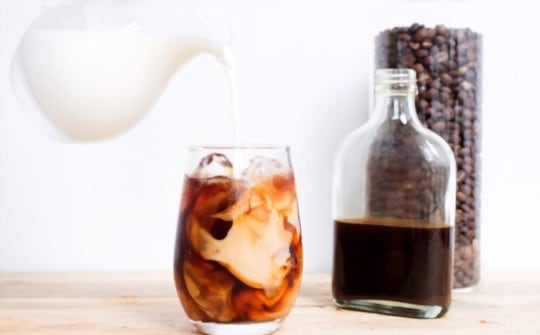 Iced coffee is traditionally brewed hot then chilled to make a refreshing beverage that many people enjoy during the summer months.

In contrast, Cold Brew is made by steeping ground beans in water or tea for 12-24 hours at room temperature before being strained.

Some say that Iced Coffee tastes more acidic than Cold Brew because of its preparation; they are different processes with different temperatures, which will have varying effects on taste buds.

Others prefer the smoother flavor profile of cold brew and find it easier to drink black without sugar instead of adding milk or creamers to their cup of joe. 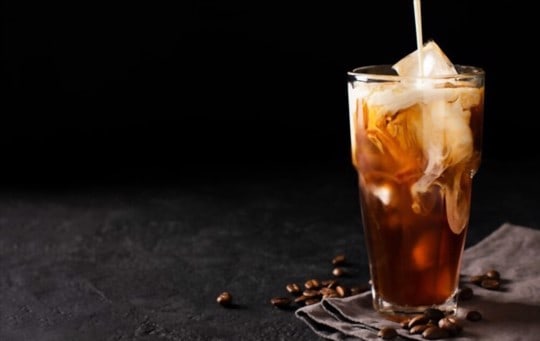 Lattes are usually made from a blend of Arabica beans, while the cold brew is brewed with just one type of bean.

Cold-brew is more concentrated than lattes, so it’s often served over ice and mixed with dairy or other ingredients to create a drink similar in consistency to iced coffee.

However, latte lovers who want the cold-brew taste can order an “iced latte,” which typically has less milk and sugar but still contains espresso shots.

Another significant difference between these two drinks is that a latte starts as the hot liquid is poured into cold milk.

In contrast, brewing for cold brew involves immersing ground beans in cool water overnight then straining them out before serving with ice cubes on top.

There are also some differences when it comes to caffeine content.

For example, Cold-brew is often touted as being less caffeinated than lattes because it’s made with coffee beans that have been around for a lengthier period.

This means the long-term effects are more mellow and even can help people sleep better at night since they won’t be jittery in the morning like those who drink iced coffees or energy drinks containing caffeine.

Does Cold Brew Have More Caffeine Than Regular Coffee? 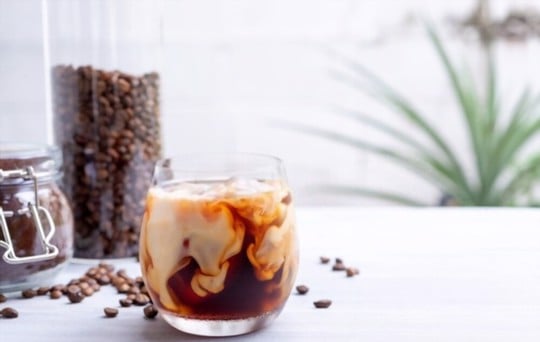 The amount of coffee to water ratio is the most prominent factor in determining how much caffeine a cold brew will have.

Many ready-to-drink cold brew beverages behave more caffeine than their chilled coffee counterparts mainly due to manufacturers’ decision to use more coffee during production.

However, should you choose to make your batch of this drink, you can control how much or little caffeine it contains. 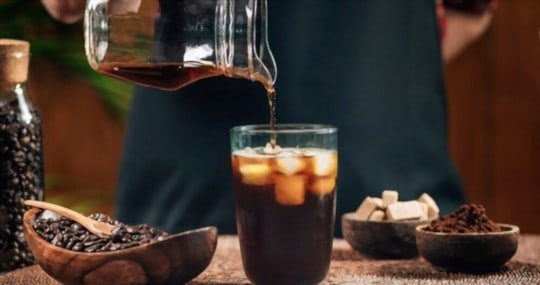 When people think about cold brew coffee, they often envision a dark brown liquid with a velvety texture that tastes like a cold, refreshing drink.

It is also perfect for those who love the flavor of coffee but have sensitive stomachs because it doesn’t contain a lot of acids, which can irritate your gut.

Cold brew’s flavors are more delicate and sweeter when compared to its hot brewed counterparts because cold water extracts less caffeine and oils from the beans than while brewing at high temperatures with boiling water.

Hence, this method produces an extract with a richer body and smoother mouthfeel than regular iced coffee.

It is often served over ice or mixed into espresso drinks like lattes or cappuccinos, as well as in sodas. 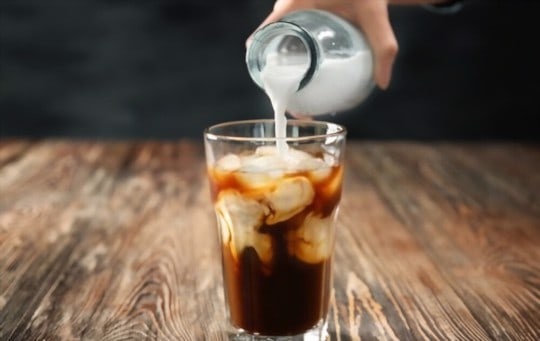 Cold Brew is a type of coffee that’s made by brewing the beans in water for an extended period.

The result is smooth, less acidic, and more mellow than traditional hot coffee methods like drip or espresso.

It has a light body with notes of chocolate and citrus from the Costa Rican cacao nibs after brewing.

So if you’re looking for something sweet but not too strong, Starbucks’ newly released beverage will be perfect for any occasion.

How to Make Cold Brew at Home? 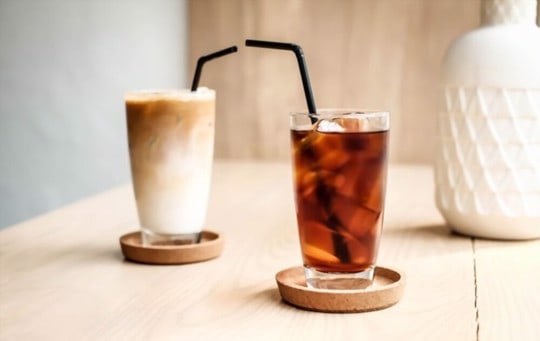 You might think that you’re stuck with your iced coffees for the summer, but we have some good news.

You can make cold brew coffee at home.

It’s perfect for summertime because it doesn’t require any electricity to make it, and you only need one ingredient.

Plus, the brewing process takes anywhere from 12-24 hours, so there are no time constraints on this drink.

– A coffee/tea maker or jar with a mesh filter.

We recommend using the latter because it’s less expensive and easier to clean up afterward.

However, if you want to invest in an appliance that does this for you, go ahead.

– Filtered water – You can boil your filtered water on the stovetop, but bottled versions work just fine too.

If boiling is not an option, make sure the water has cooled down enough before pouring it into your container of choice.

– Good quality ground beans (beans without any oils) – This will be determined by how strong of a flavor profile you would like, so start light and adjust accordingly.

Dump two cups worth of grounds into the coffee filter and fill up to just over halfway with water.

Set a timer for 12 hours – this will give you time to clean your pot/jar before it goes through the brewing process again.

Now drink away because there’s no waiting period until after you pour.

It should be noted that cold brew isn’t as strong in flavor profile but tastes smoother than a traditional hot-brewed option.

Try adding some organic maple syrup or raw honey when pouring into your favorite mug (or glass) of ice for those who like sweeter flavors.

Why is Cold Brew Expensive?

Cold-brew is expensive because it takes twice the amount of coffee beans as a traditional hot cup and has to be brewed for long hours.

The result is an amazingly smooth taste with no acidity or bitterness and very little caffeine.

What is the Best Cold Brew Coffee to Buy? 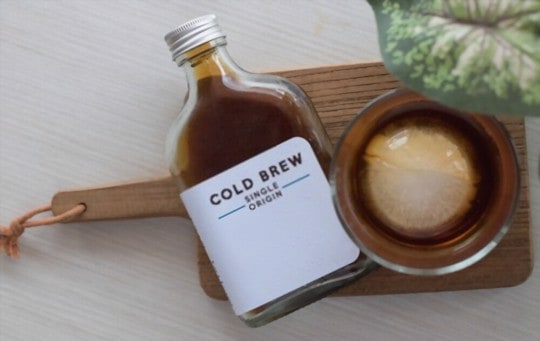 If you don’t have much time and want a quick answer, you’re in luck.

This product was made with high-quality coffee beans from Central America and Africa roasted to perfection before being coarsely ground for maximum flavor extraction during brewing.

The final result is an intensely delicious and highly caffeinated cold brew coffee that tastes good and has a delightful rich aroma.

It is an excellent product for any time of day and can be mixed with milk or cream to create an iced latte-style drink in the morning.

Chameleon Cold-Brew Coffee Concentrate’s versatility makes it ideal for those who like different flavors throughout the day without changing their brewing process and equipment.

We hope this article cleared up some of the misconceptions about cold brew coffee.

But, if you’re still not sure, try it for yourself.

Cold-brew is a delicious and refreshing way to enjoy your morning cup o’ joe without all the caffeine.

In addition to being more gentle on your stomach, we think that cold brew tastes better than hot brewed coffee.