Red Bull has been around since 1987, when it was first created in Europe.

Since then, there have been plenty of changes to what we see on supermarket shelves today.

It consists of taurine, caffeine, glucuronolactone, and B-group vitamins.

It can be difficult to describe what it tastes like, but what it does is give you more pep in your step and make you feel energized.

If you look to stay up late at night or need an occasional pick-me-up, then Red Bull could be the product for you.

What is Red Bull? 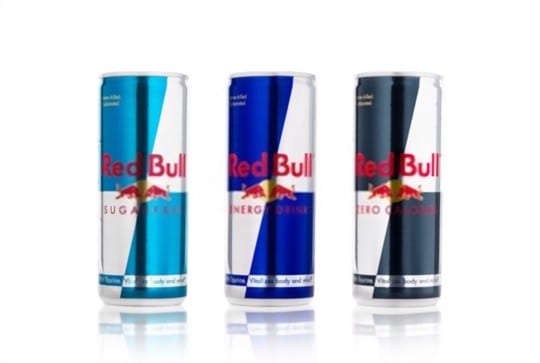 Red Bull is a carbonated beverage marketed by Red Bull GmbH, created in 1987 and available worldwide.

It is often used as an energy drink because it contains caffeine and sugar, but the company has never marketed its products toward children (nor to those under 18 years of age).

It is the most popular energy drink globally, selling over 16 billion cans of Red Bull worldwide per year.

Some people consider it an “acquired taste” because its flavor can be unusual to some consumers.

It has been reported that more than two-thirds of American college students consume at least one can a month.

Red Bull is sold in over 170 countries and territories, with its slogan being “Red Bull gives you wings”, implying that the beverage makes one more energetic.

Red Bull’s advertising campaigns have featured some of the world’s top athletes, including Cristiano Ronaldo and Michael Phelps.

The brand has also sponsored extreme sports competitions and events.

Is Red Bull Good to Drink? 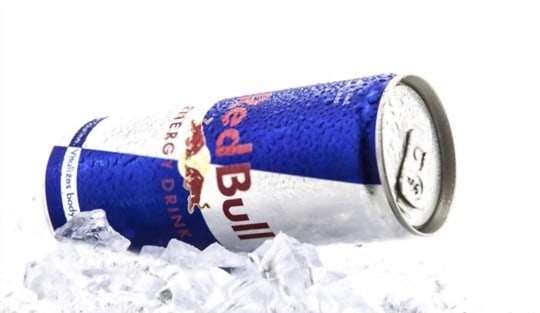 A lot of people have asked us that question, so we decided to do some research.

We know it’s a popular drink with athletes for its energy-boosting properties during exercise and after the competition.

But is Red Bull good to drink?

The answer isn’t simple: yes and no.

There are pros as well as cons when it comes to Red Bull.

Pros: Red Bull is an excellent source of caffeine, which provides energy.

It also has taurine and sugar in it, so you have energy from both the sugars and the caffeine.

Cons: The sugar content can be high if you drink more than one can (which might not sound like a lot, but you may not feel so good).

In some cases, the sugar content can be even higher than a soda.

The caffeine also leaves you a little jumpy and jittery.

Red Bull is an excellent source of energy for athletes in competition or exercising to improve performance.

But it’s important to know how much your body can handle and how much sugar your body needs.

If you are looking for a healthier option, try an energy drink like Gatorade or Emergen-C with more natural sugars instead of high fructose corn syrup. 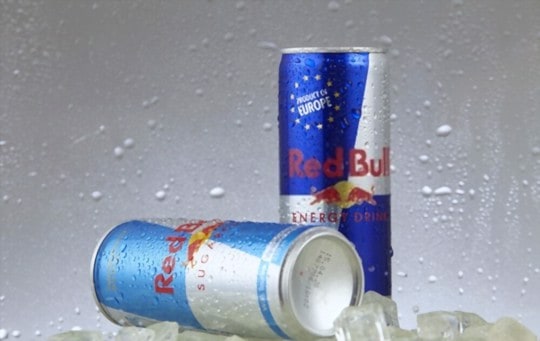 The smell of Red Bull is mainly fruity and flowery, with a hint of citrus.

The scent will vary depending on the flavor you get as well.

Some flavored versions have more pear or peach notes that are detectable than others.

It smells like what your body might produce after going through rigorous physical activity – so if you’re looking for a natural boost before a workout, Red Bull has you covered. 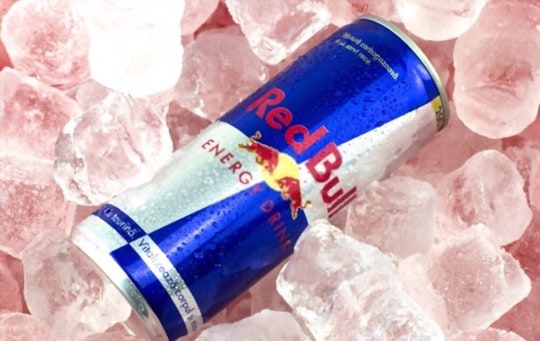 The drink was created in 1987 due to the need for a safe drink that could keep people awake and alert.

It has expanded into a healthy lifestyle product with an increased variety of flavors to choose from.

The taste depends on the flavor you get- some can be fruity while others are more tart.

The flavor is not as sweet as other energy drinks, and the bitterness depends on the type of Red Bull you drink- some are less bitter than others.

The original Red Bull is less bitter than the sugar-free and caffeine-free flavors.

The flavor is often described as tangy and citrus.

Other flavors, such as blueberry and raspberry, are sweeter than the original.

The flavor is usually described by people who drink it as refreshing when they need a break from heavier drinks or sodas.

There are 45 calories in a serving of Red Bull, so it should be consumed responsibly since other energy drinks have more than 100 calories per serving.

Why Does Red Bull Taste Different? 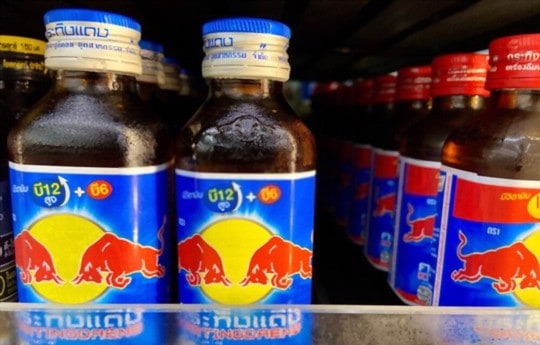 There are a lot of different factors that can affect the way your Red Bull tastes.

One of these factors is temperature.

If you drink your Red Bull coffee at a higher or lower temperature, it will make your taste buds more sensitive to different tastes, so you may notice that it has a stronger flavor than usual.

Another factor could be if there are other ingredients in the beverage with caffeine and taurine, such as sugar, cream, or milk.

You may notice that it tastes more like a coffee drink if you put sugar than the original Red Bull taste with no other additives.

The ingredients and how they are mixed can also affect this flavor.

For example, there is an ingredient called “carbomer,” which helps to produce bubbles in your beverage when carbonated by the gas.

This can make the taste stronger or weaker depending on how much carbomer is used in the mix and mixed with other ingredients such as milk, water, sugar, etc.

Caffeine also changes your tastebuds over time because of its bitter taste, so you may not notice a difference from drinking Red Bull to just regular coffee.

How to Store Red Bull? 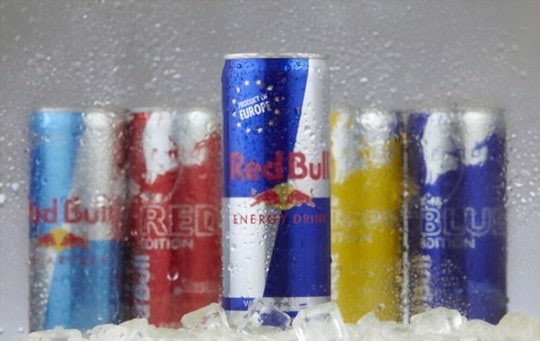 To keep your beverage at peak quality, the best way to store red bull is in a dark, cool place.

If you’ve opened the can and it has been sitting for more than 24 hours or if there are any signs of spoilage (such as mold), discard the beverage to prevent illness.

If you’re not sure about your Red Bull’s freshness, pour some out into a glass and check its color and odor.

If the beverage is clear, odors are fresh, and it’s got a refreshing flavor, your Red Bull should be safe to drink.

If you’re not going to open the can right away, store it in a cool place with low humidity levels (below 65% relative humidity).

In conclusion, Red Bull is a great drink to start your day and provide an instant energy boost.

It’s also a lot of fun at parties or for socializing with friends.

The only downside of Red Bull is that it can cause an upset stomach, and some people have reported insomnia from taking too much.

So, moderation is key.