Oysters are a delicacy that can be enjoyed raw or cooked.

They are often served in high-class restaurants, but what do oysters taste like?

The texture of an oyster is soft and slightly chewy, similar to what you would find in clam or scallops.

Oysters vary in flavor depending on the type of water they were caught from and what was eaten by the oyster itself.

In this article, we will cover what oysters taste like, the nutritional benefits of eating oysters, and how to cook them. 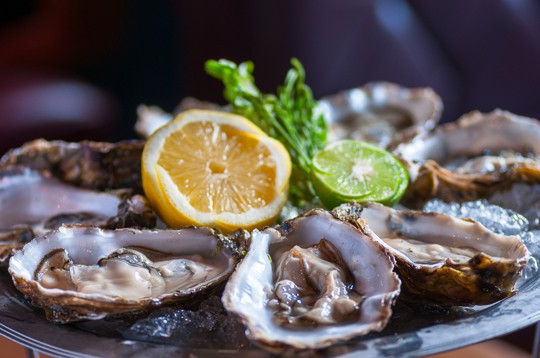 You can find oysters all over the world, but they are most commonly found in colder waters.

They are related to clams and mussels, and they live in saltwater.

There are many different oyster species, and they vary in shape, size, color, and taste.

They have two shells and an oval-shaped body, including the head with its mouth on one end.

They are a popular delicacy that is usually eaten raw, either on the half-shell or iced.

Most oysters harvested in North America come from shellfish farms rather than wild harvests due to the over-harvesting of natural populations.

Some oysters are eaten raw, while others are cooked or breaded before consumption.

Raw oysters typically have a salty flavor masked by condiments such as lemon juice or vinegar. 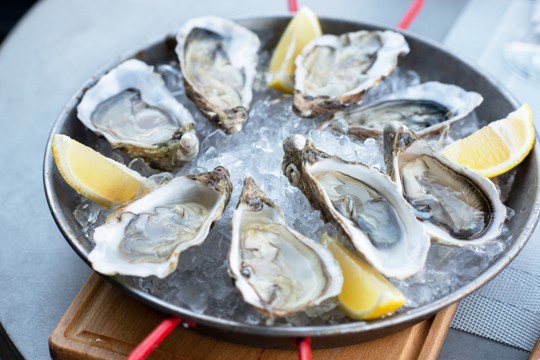 Oysters are one of the world’s most nutrient-rich foods.

They’re so rich in nutrients that some cultures have considered them to be a delicacy and an aphrodisiac.

Oysters are rich sources of vitamin B12, selenium, and zinc which fight inflammation.

They also contain omega fatty acids, which are healthy fats that help to lower cholesterol.

They also contain high amounts of the amino acid taurine and antioxidants such as astaxanthin.

The antioxidant properties in oysters can be attributed to their content on vitamin C and selenium.

Selenium is a mineral found in soil, plants, and ocean waters that provides the body with antioxidant and anti-cancer properties.

The mineral zinc in oysters is also known to protect against ulcers, asthma, and arthritis, while alkaline salts found in oysters can help balance bodily fluids.

They also have high amounts of vitamin A, which is important for vision and skin health.

Some people claim that eating oysters can help increase libido.

This is attributed to their high levels of zinc content.

Oysters also contain a lot of protein, so they make an excellent meal if you’re looking for something healthy but satisfying in your diet.

To sum up, oysters are a fantastic food choice if you’re looking for an aphrodisiac, antioxidant, or a simple meal that’s high in nutrients. 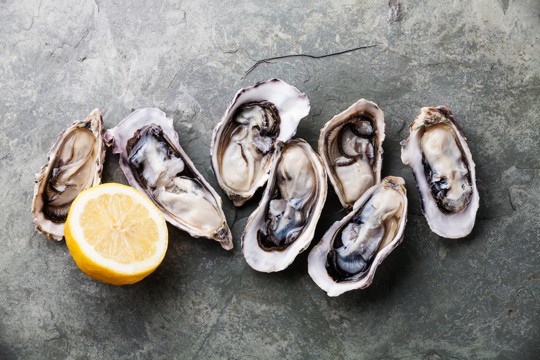 Oysters are a great delicacy, and people have long enjoyed them as part of their diet.

Oysters also offer some nutritional benefits to those that enjoy eating them.

Oysters also happen to have an interesting flavor that many people enjoy eating.

They can be cooked in various ways, and the most common way to enjoy them is raw.

Raw oysters taste good because they are fresh and raw.

They taste salty, briny, and just a bit like the ocean water that surrounds them.

The texture of a raw oyster is fairly smooth, and they are often enjoyed with lemon or cocktail sauce.

The most common way to cook oysters is by frying them until they turn golden brown on each side before adding them to a dish.

Others prefer baking them or boiling them in salt water for about ten minutes before eating.

Oysters can also be cooked by steaming the oyster with butter and lemon juice on top of it until it is soft enough that you can cut through it with your fork.

The texture should be like jelly when it is done cooking.

The oyster should be cooked uniformly, and the meat inside should not feel slimy or rubbery to your teeth when you bite down on it.

When an oyster has a smell similar to ammonia, there are probably toxins in them that may make you sick if consumed.

Cooked oysters have a more rounded and mellow flavor than raw oysters.

How to Cook Oysters? 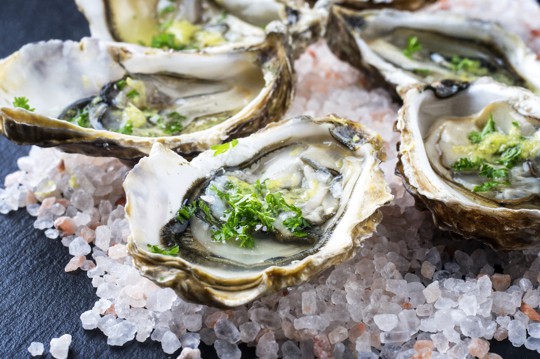 Oysters are a favorite among many because they taste great and provide a high caloric content—however, more to cooking oysters than just boiling them on the stovetop in water for five minutes.

Oyster lovers can get creative with their cooking style by utilizing different methods of preparation that will allow for different flavors and textures to be achieved.

One of the most popular ways to cook oysters is poaching them.

The amount of each ingredient will vary depending on the number of oysters being cooked at once.

There are many ways to cook oysters that can be tried to discover which methods work best for the individual.

How to Store Oysters? 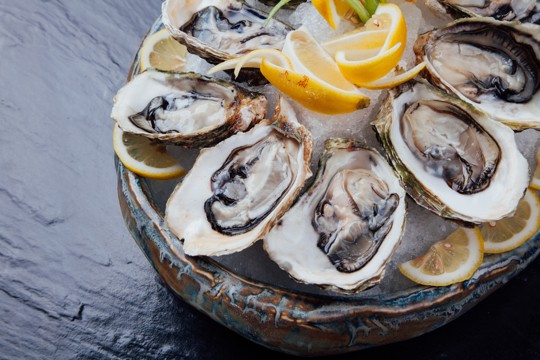 Oysters can be stored in the refrigerator for up to two days.

Please do not wash them beforehand and wrap each oyster individually with wet paper towels before storing it on a tray or plate lined with plastic; this will prevent them from drying out.

If you do not eat your oysters within 24 hours, we recommend using an ice bath to store them.

Place the oysters in a single layer on a tray or plate and cover them with ice before storing them in your refrigerator, ensuring that they are not touching one another.

The best way to keep oysters fresh is by keeping them alive until you’re ready to enjoy them.

They can be shucked live – make sure to place them in a bowl of ice water for about 30 minutes before and after.

How to Find and Choose Oysters? 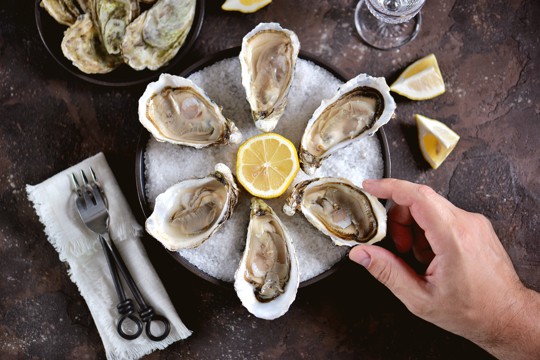 Oysters are a diverse group of mostly filter-feeding bivalves.

They can be caught wild or farmed, and they have been harvested commercially since ancient times.

Oysters can be found in many places around the world.

Oysters are usually sold in the shell and found at seafood markets, supermarkets, or restaurants.

To find oysters: head to a local market or supermarket that sells fresh fish – not frozen, unless you know they carry both options (which is unlikely).

Oyster shells will have either “in season” or “local” printed on them, or they will be marked with a sign telling you their origin.

To choose oysters: when shopping for live fresh oysters, the texture of an oyster’s shell is one indicator that can tell you whether it’s alive and healthy (a freshly-shucked raw oyster should feel like a moist, slippery membrane).

You can also tell from the smell if an oyster is fresh.

Beware of any odors that resemble a sulfuric scent – this may indicate spoilage.

In conclusion, oysters are a great option for any person.

Whether you want to indulge in a decadent, indulgent meal or have something light but still filling and delicious, oysters offer such diversification that it is hard not to find one that suits your tastes perfectly.

Once you have tried oysters, you’ll want to try them again and again.