Soy sauce is a condiment made from fermented soya beans.

Soy sauce has been used in many cultures for centuries and was originally produced by the Chinese more than 2,000 years ago.

It has many uses, the most common of which include dipping food into it or adding it to dishes during cooking.

You can find soy sauce at any grocery store near the other Asian ingredients.

In this article, we will cover what soy sauce is, what it tastes like and what you can do with it.

What is Soy Sauce? 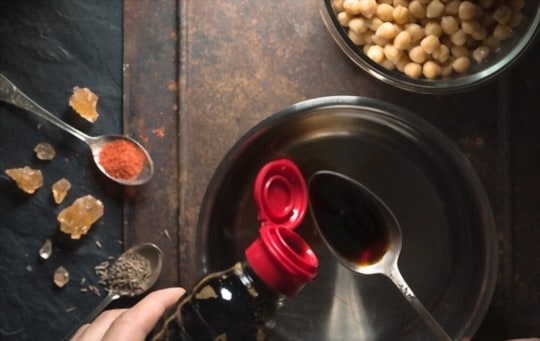 Soy sauce is a flavorful and salty liquid condiment that can be made by fermenting soybeans.

The darker versions are typically sweeter than light varieties due to caramelizing sugars during processing.

In contrast, the darkest ones tend to be saltier as they contain more sodium and less water.

The sauce is ubiquitous in Chinese cuisine, and it’s used as a dipping sauce for dumplings, an ingredient in many braises such as black bean beef with broccoli or roast pork, and can be combined to make delicious glazes like the popular teriyaki chicken.

In Japan, soya sauce is called “shoyu” and has been used since at least 1200 CE, when shouyu was first mentioned in ancient texts from Kyoto.

It is commonly added to fried rice and other ingredients, including eggs, vegetables, mushrooms, and meat.

Those sensitive to gluten need to look for soy sauce that doesn’t use wheat flour, such as Japanese tamari, which is typically vegan.

How is Soy Sauce Made? 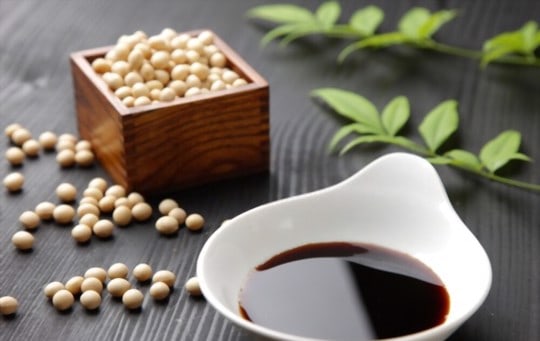 Traditional soy sauce is made by soaking the beans in water and roasting them to make a mash.

This mixture of wheat, rice malt, and yeast cultures is added two to three days before salt and water are introduced.

It then ferments over five months or more to develop into rich flavors that provide umami tastes.

After this fermentation process, the liquid will be strained, so there won’t be any solid pieces left behind, like roasted bean skins or chunks of grain.

They then pasteurize these liquids before bottling them for sale.

High-quality brands use only natural fermentation methods to produce this staple condiment which can be labeled “naturally brewed” when it contains water, wheat, or other grains like barley (depending on where you live), soybeans and salt as well. 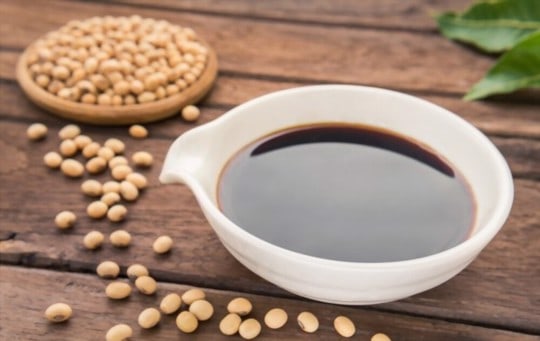 The soy sauce aisle in the grocery store can overwhelm anyone.

There are hundreds of varieties with different colors and flavors to choose from.

Dark soy sauce is a much sweeter variation of the original and thickened with molasses or caramel for even more flavor.

Have you ever tried a low-sodium soy sauce? It is made by an acid hydrolyzed vegetable protein method which does not require bacterial cultures.

Low sodium varieties are becoming popular for people watching their salt intake, as they may be the ideal sauce of choice.

Tamari is a lighter alternative to soy sauce, boasting clean and light flavors that make it an excellent option for those who are following gluten-free or wheat-free diets.

It was created as the perfect substitute for people with gluten allergies.

The delicacy of this traditional Japanese variety is attributed to its higher wheat-to-soy ratio and lighter coloring. 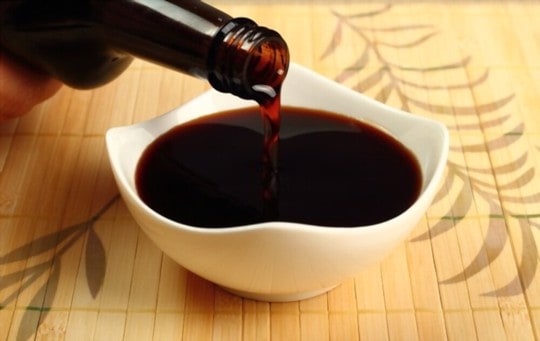 What’s up with soy sauce? For those accustomed to Americanized dishes, this is one of the most common condiments in their repertoire.

Up until now, it was largely an East Asian staple and mystery for Westerners.

Soy sauce is an all-purpose condiment that can add flavor and saltiness without adding too much extra fat.

It has a mild, salty taste with hints of sweetness from the soybean’s natural sugars.

The flavor of soy sauce is different from Western vinegar because it uses glutamic acids and mono-glutamates that are mildly savory amino acids found naturally in protein foods such as meats.

It also contains ingredients like sodium benzoate, which acts as a preservative and prevents spoilage.

In Japan, soy sauce is considered an essential pantry item for all households and restaurants alike.

It’s used so often that many people will buy the cheaper brands from grocery stores because they are primarily used as a seasoning rather than sauces or dipping sauces.

How to Use Soy Sauce in Recipes?

Do you find yourself struggling to come up with ways to use soy sauce in recipes?

Many people use soy sauce primarily as a condiment, such as for sushi or with noodles.

But it also can be used as an ingredient to add flavor.

Don’t worry; it’s easy to find ways to use soy sauce in recipes.

We’ll walk you through a few cooking techniques and recipes that will show you how versatile the most popular Asian condiment can be.

Use as a marinade for meat or shrimp: Add two tablespoons of soy sauce into one tablespoon each of honey and grated ginger with water; mix until blended and store in refrigerator overnight to marinade.

Broiled or grilled chicken breasts can be brushed with soy sauce for extra flavor.

Use as a base for sauces: Soy sauce is great when used as the backbone for many different types of sauces because it has such diverse flavors without being too strong – perfect balance, may we say.

Add soy sauce to your favorite rice dishes for an extra boost of flavor.

These are just a few of the many, many ways to use soy sauce in recipes.

Where to Buy Soy Sauce? 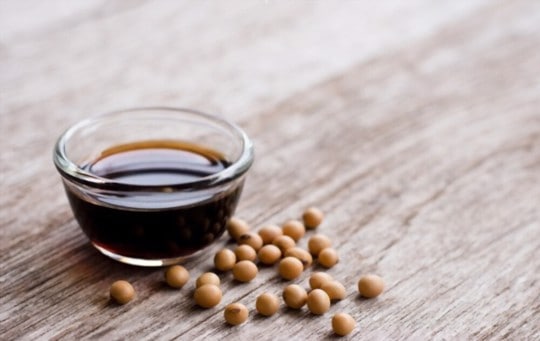 It is possible for people looking for soy sauce to find it anywhere – in an Asian grocery store, a health food shop, or even at mainstream stores such as Walmart.

However, these may not always have a wide selection of brands or varieties available because they’re stocking what sells best locally rather than catering to the tastes of everyone who walks through the door.

When purchasing this popular ingredient, online shopping sites that specialize in Asian cooking products are often the best bet for those seeking variety and options.

These sites often carry an extensive selection of soy sauces worldwide, including China, Japan, and Thailand.

How to Store Soy Sauce?

It is best to use opened soy sauce within three months, but you can keep it refrigerated for up to six.

The flavor will slowly deteriorate over time, and the color of your sauce may darken if exposed to too much air; however, this does not mean that the product has gone bad or spoiled.

Unopened soy sauce can be stored in a cool, dark place for up to 3 years.

Keep the soy sauce away from light, heat, and moisture.

In conclusion, soy sauce is a popular condiment for many dishes.

Soy sauce is best used as a dipping sauce, marinade, or flavoring agent in cooking.

There are many brands and types of soy sauce, so it’s important to do some taste testing before deciding which one is best for you.

Your favorite soy sauce should be milder with a salty flavor without any acidic or sweet undertones.