Mooncake is a traditional Chinese pastry that is eaten during the Mid-Autumn Festival.

It’s kind of like what Americans eat at Thanksgiving.

The mooncake flavor varies depending on what you put in it, but there are two popular flavors: coconut and lotus seed paste.

This blog post will look into what mooncake tastes like, how to make your mooncakes and the history of this tasty dessert. 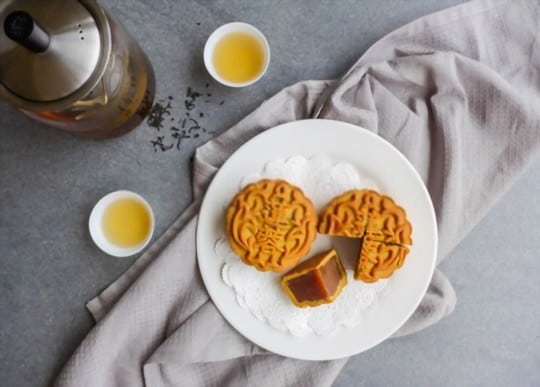 A mooncake is a type of Chinese dessert traditionally eaten during the Mid-Autumn Festival.

This festival can be traced back to events in ancient China and has been celebrated for centuries with various traditions.

It’s thought that this tradition began as early as 2000BCE, though there have also been accounts of it going back even further, to the Shang Dynasty (1600-1027BCE).

Traditionally mooncakes are round cakes with a sweet filling.

The cake is traditionally made of wheat flour and other flour, including shortening or lard, eggs, sugar, and salt.

The fillings can be various things like lotus seed paste, coconut, red bean, or walnut.

As the festival grew in popularity, mooncakes became more and more elaborate with traditional designs like the lotus flower, the moon, and stars.

The festival is celebrated in different ways by various cultures worldwide, with many traditions being shared from country to country across Asia.

Mooncakes are offered to families, friends, and colleagues as gifts during the festival period. 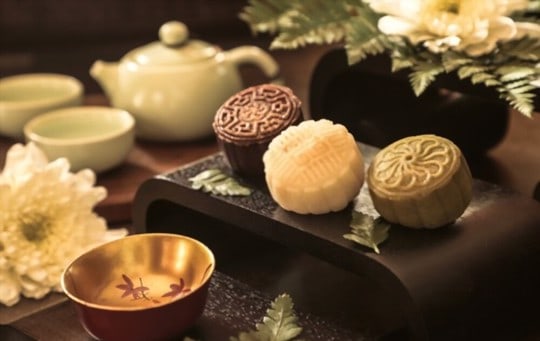 Mooncakes usually come in a round shape, but they are also made into many different shapes.

Some common mooncake varieties include:

Other varieties are not as common, such as lotus seed paste cake with a twisted dough or green tea mooncake with a flaky crust.

You can find mooncakes in all shapes and sizes, so it is easy to find one that fits your taste. 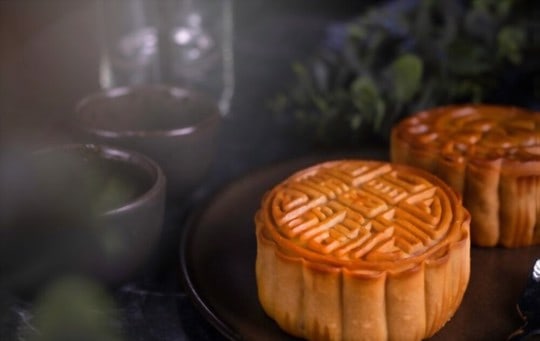 As mentioned, mooncakes can be very diverse in taste and texture.

In general, mooncake is sweet with a soft crumbly crust on the outside.

The filling can be made of lotus seed paste, red bean paste, or other fillings such as nuts like almonds or cashews (fresh or ground).

There are various types of this cake, including:

The mooncake taste is usually a combination of sweet, salty, and savory flavors originating from the lotus seed paste.

The texture varies depending on the types, but they are generally dense cakes made with lotus root or red bean paste wrapped by thin flour skin.

When you take a bite, it should be soft and moist inside with a touch of sweetness.

The skin is usually slightly crispy and flaky.

Some people like their mooncakes soft and chewy, while others prefer them to be moister.

What’s important is that the filling should have a rich flavor with no hint of bitterness or unpleasant aftertaste.

The good thing is, you can always adjust your preferences by varying the type of fillings used in each layer.

For example, lotus seed paste and red bean fillings can be swapped for each other.

Unlike other desserts, which may be eaten at any time of the day or season, mooncakes are typically only served during festivals when families gather to celebrate with each other.

The best way to enjoy a mooncake is fresh out of the oven.

If you’re in search of a delicious and old-fashioned dessert for the Mid-Autumn Festival, try making mooncakes yourself.

Mooncake is associated with harvest festivals throughout China but traditionally is made on the Mid-Autumn Festival in late September or October.

Like many other Asian desserts, Mooncakes are usually round and consist of a thin crust with sweet fillings that can vary from lotus seed paste to red bean paste.

The filling for mooncakes was originally a mixture of foods considered desirable during harvest seasons, such as sweet pumpkin and lotus seeds.

You can also find mooncakes with different flavors, such as the red bean paste we offer.

Where to Buy Mooncake? 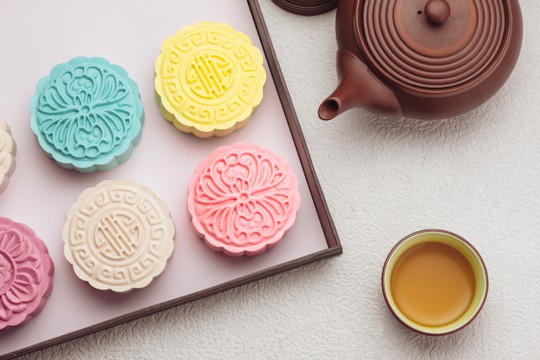 You can find mooncakes at any time of the year, but they are most popular during the Mid-Autumn Festival or Mooncake Festival as well as in early October.

In China and other parts of Asia, where this tradition exists, people often give them gifts in memory or celebration of a special occasion like an anniversary or birthday.

It is also common to buy mooncakes for friends studying abroad to send them an invitation to come back home for the Mid-Autumn Festival.

You can find mooncakes at any Asian grocery store or supermarket.

Some stores even offer various flavors, shapes, and sizes that you can choose from to suit your needs.

The best part is they are relatively inexpensive.

Keep in mind that to avoid spoiling, you have to eat them within a week.

How to Store Mooncake? 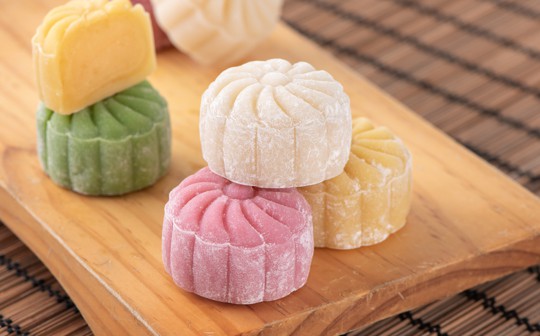 The mooncakes are usually only allotted to be eaten during the Mid-Autumn Festival, giving them a shorter shelf life than other cakes or pastries.

For this reason, you must store them properly to maximize their lifespan and flavor.

The following are the correct ways to store mooncakes:

In conclusion, mooncake is a delicious and complicated pastry that has an interesting history.

It is a tradition full of symbolism, significance, and complexities that incorporate different meanings depending on who you ask.

Mooncake tastes like sweet lotus seed paste with either red bean or egg yolk filling in the center.

If you are lucky, you will get a mooncake that has both of these fillings.

The taste is unique and cannot be replicated by any other dessert in the world.