“Food is one of the most important aspects of a culture.

The “Foods that begin with N” review isn’t simply about tasting things; it also spreads awareness among different communities.

In this article, we will explore 24 of the most popular dishes that originate from various countries around the world.

24 Popular Foods that Start with N 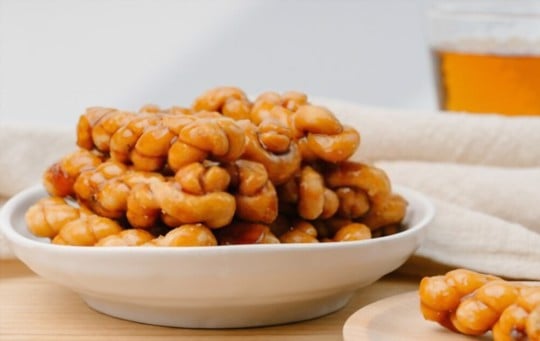 Starting with something sweet to write about foods that begin with N is well deserved.

It has a golden hue and looks like tiny golden balls.

The lovely, sweet cream cake has a crispy outer layer while the inside is sticky and soft.

The procedure for making the cake is a secret recipe passed down through the generations. 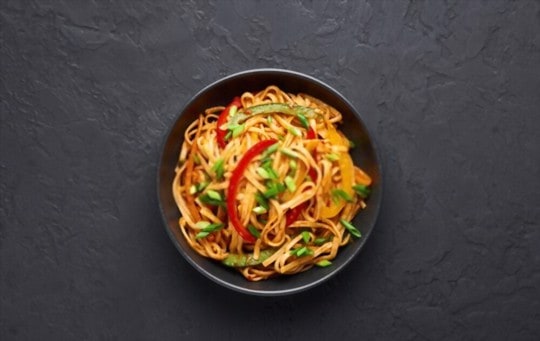 Noodles are the most simple to prepare and well-known throughout the world.

These are long strands of unleavened dough that are cut lengthwise.

They only need to be boiled in water and will be ready to eat.

The addition of spices to a basic recipe has resulted in numerous noodle types worldwide as a fast-serving semi-prepared dish.

Ramen, Udon, Soba, and Pho are some famous noodles served in Asia. 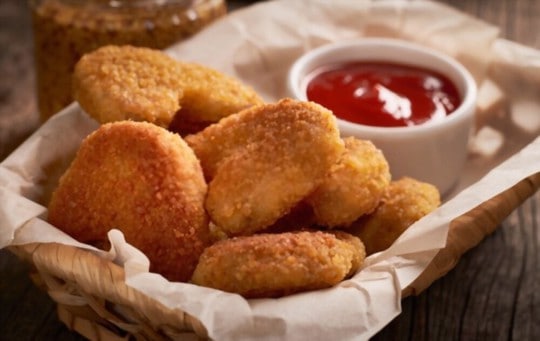 It’s only popular chicken nuggets, but other types of nuggets as well.

ALSO READ
How to Plan a Successful Catered Event in Melbourne

Fish, shrimp, and crab can all be made into nuggets.

They can also be breaded and fried, or baked.

Nuggets can be served as an appetizer, main course, or side dish.

Some of the most popular variations include chicken, fish, tilapia, cod, haddock, shrimp, and crab. 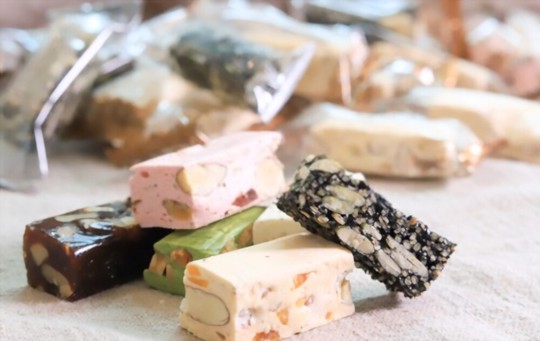 Nougat is a candy made from sugar or honey, roasted nuts, and egg whites.

It is a popular ingredient in energy bars and granola bars.

Nougat can be soft or hard and is available in various flavors.

The most popular flavors include chocolate, almond, pistachio, and vanilla. 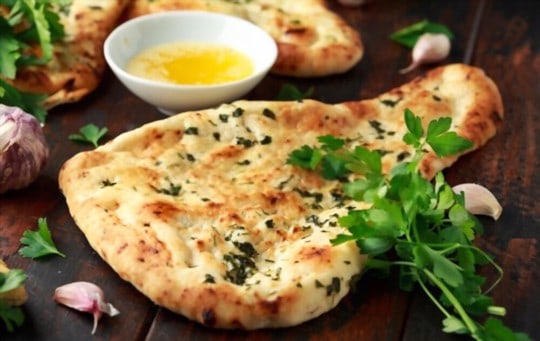 For something a little more filling, we have naan bread.

This Indian-style flatbread is made from yeast-leavened dough cooked in a tandoor.

It is then brushed with ghee or butter.

Naan can be plain or flavored with garlic, onion, or cheese.

It is a popular accompaniment to curry and other Indian dishes. 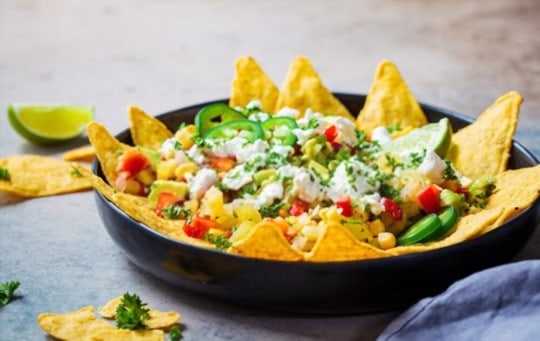 If you’re looking for a snack that is sure to please, look no further than nachos.

This dish originated in Mexico and consists of tortilla chips covered with cheese and other toppings.

Nachos can be served as an appetizer or main course. 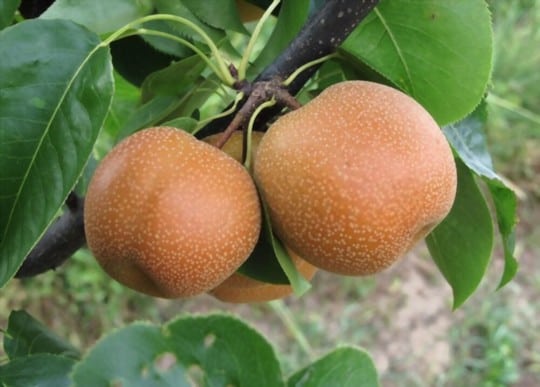 If you’re looking for a delicious, nutritious fruit to enjoy, you should try a nashi pear.

These pears are typically eaten as snacks or desserts, and they’re known for their sweet flavor and crispy texture.

Nashi pears can be enjoyed fresh or cooked, and they’re often used in Asian cuisine. 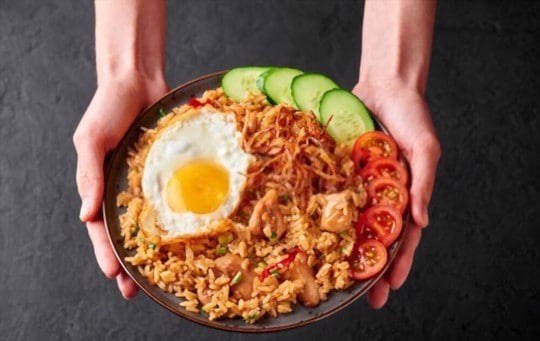 Depending on where you are from will greatly affect what you think of when someone says “foods that begin with N”.

ALSO READ
5 Supplements You Need to Support Your Vegan Diet

If you hail from Indonesia, nasi goreng is a popular choice.

It is often served with a fried egg on top.

Nasi goreng is a popular dish in Indonesia, and it can be found in many other Southeast Asian countries as well. 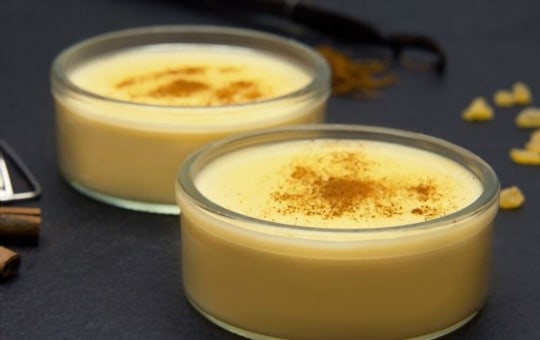 Natilla is a custard-like dessert that is popular in Latin America.

It is made from eggs, milk, sugar, and vanilla extract.

Natilla can be served hot or cold and is often eaten as a dessert or snack.

The most popular variation of Umatilla is called dulce de leche, and it is made with condensed milk, sugar, and vanilla extract. 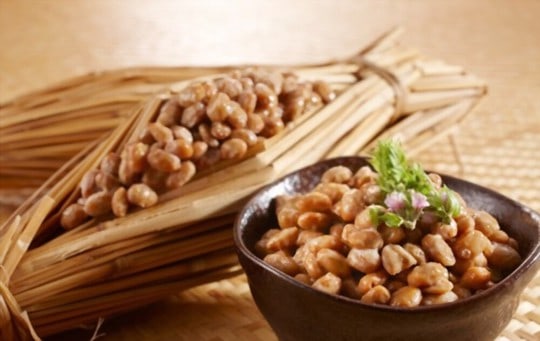 If you haven’t had enough yet, we have one final dish to round out the list: natto.

This Japanese dish is made from fermented soybeans, and it has a strong smell and flavor.

Natto is often eaten as a breakfast food, and it is an excellent source of protein, fiber, and vitamin K.

Natto is available in many Japanese supermarkets, and it can also be found in some Asian markets. 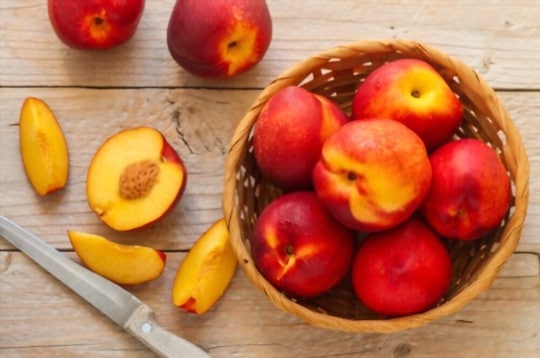 Compared to a regular peach, nectarine has smooth skin and a slightly tart flavor.

Nectarines can be eaten fresh or cooked, and they’re an excellent source of vitamins A and C.

Nectarines are often used in pies, cobblers, and jams.

They can also be enjoyed on their own as a healthy snack.

This fruit is available from late spring to early fall. 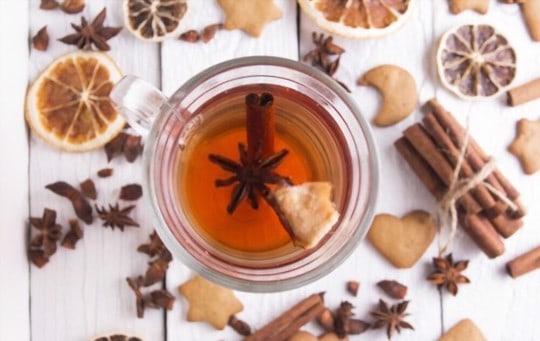 Negus can be either a drink or a dessert, popular in the United Kingdom.

Negus can be served hot or cold, and it is often garnished with a lemon slice.

If you’re in the mood for a rich and creamy dessert, you should try Nesselrode.

This dish is made with chestnut puree, vanilla ice cream, and whipped cream.

It is often served with a chocolate sauce or raspberry coulis.

Nesselrode is a popular dessert in Europe, and it can be found in many restaurants and cafes. 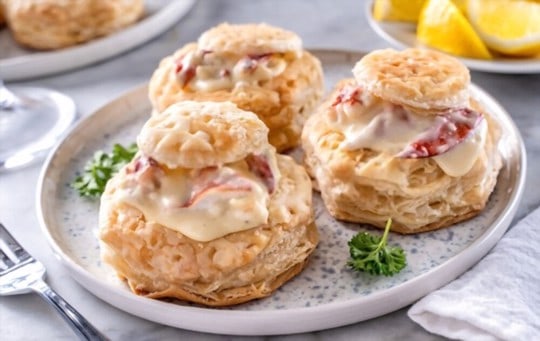 Newburg is a seafood dish that originated in the United States.

It is made with lobster, shrimp, or crab meat cooked in a creamy sauce.

Newburg is often served over rice or toast, and it is garnished with a dollop of whipped cream.

This dish gets its name from Newburgh, New York, where it was first created.

Nori is a type of edible seaweed that is popular in Asia.

It is often used to wrap sushi or rice balls, and it can also be used as a garnish.

Nori is an excellent source of iodine and other minerals.

Nori is available in most Asian markets, and it can also be found online.

In terms of taste, nori has a slightly salty and fishy flavor. 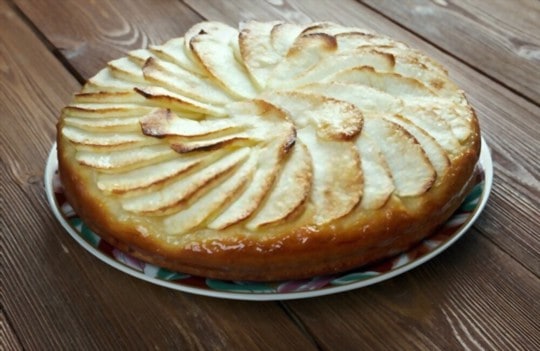 For those who enjoy a fruity dessert, Norman tart is a great option.

This tart is made with apples, apricots, and raisins cooked in a pastry crust.

It is often served with whipped cream or ice cream.

Norman tart is a popular dessert in the United Kingdom, and it can be found in many restaurants and cafes.

Noviciate is a type of cookie that is popular in the United States.

It is made with flour, sugar, butter, and eggs, and it has a soft and chewy texture.

ALSO READ
White Color for Your Kitchen: How To Make It Look Stylish

Noviciate cookies are often flavored with chocolate or vanilla.

Noviciate cookies are available in most supermarkets, and they can also be found in specialty cookie stores. 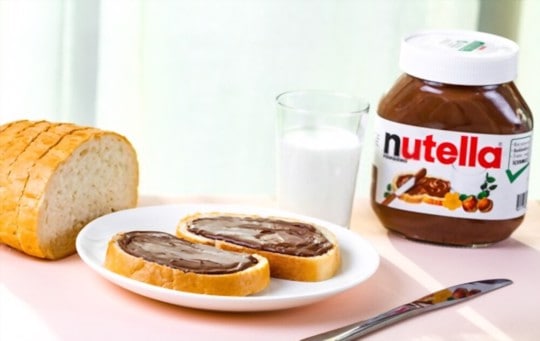 One of the most popular foods that start with N is Nutella.

This chocolate-hazelnut spread is made with hazelnuts, sugar, cocoa, and milk.

It is often eaten on toast or used as a filling for desserts.

If you’re looking for a delicious and unique spread, you should try Nutella.

It is available in most supermarkets and can also be found online. 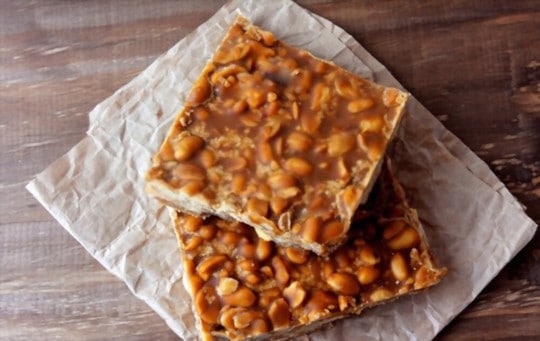 Nougatine is a type of candy that is popular in France.

It is made with sugar, almonds, and egg whites, and it has a chewy and crunchy texture.

Nougatine can be flavored with chocolate, coffee, or fruit.

In terms of taste, nougatine is similar to nougat.

It is available in most French supermarkets, and it can also be found online. 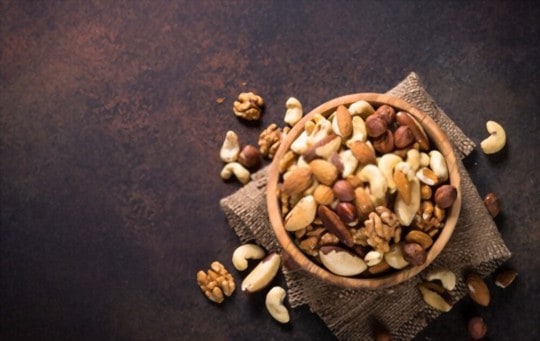 There are many different types of nuts that start with the letter N, including almonds, cashews, peanuts, and walnuts.

These nuts are all high in protein, fiber, and healthy fats.

Nuts are a popular snack food, and they can be eaten raw or roasted.

They are also a common ingredient in desserts and baking recipes.

Nuts are available in most supermarkets, and they can also be found online. 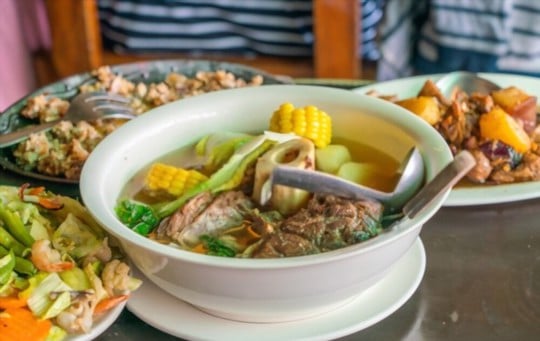 Nilaga is a Filipino dish made with chicken or beef broth, vegetables, and rice.

It is often served with a side of chilies or fish sauce.

In terms of taste, nilaga is salty and savory.

It is available in most Filipino restaurants, and it can also be found online. 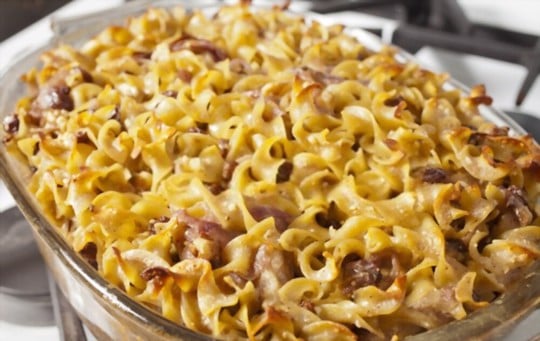 Noodle kugel is a Jewish dish made with wide egg noodles, butter, sugar, eggs, and raisins.

It is usually served as a side dish or a dessert.

The noodles in this dish are typically cooked in a casserole dish.

Noodle kugel is a popular dish in Jewish households, and it can be found in many restaurants and delis. 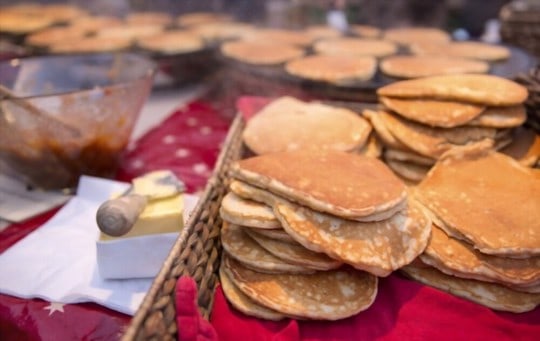 Norwegian pancakes are similar to crepes, but they are thicker and softer.

They are made with milk, flour, eggs, and sugar, often served with fruit or jam.

Norwegian pancakes are a popular breakfast food in Norway, and they can also be found in many Scandinavian restaurants.

If you’re looking for a unique and delicious pancake, you should try a Norwegian pancake.

They are available in most Scandinavian supermarkets, and they can also be found online. 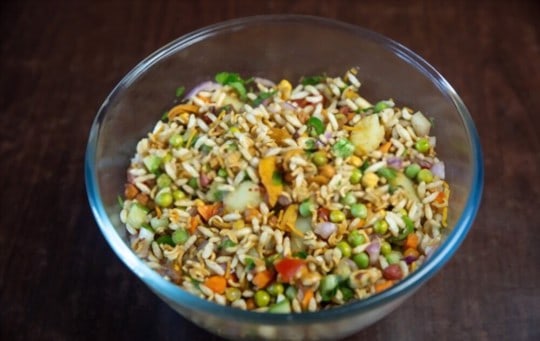 Noodle salad is a popular dish that can be made with many different noodles.

It usually contains vegetables, herbs, and a dressing of your choice.

Noodle salads are a great way to get your daily dose of vegetables, and they can be customized to include any ingredients that you like.

They are available in most supermarkets and can also be found online. 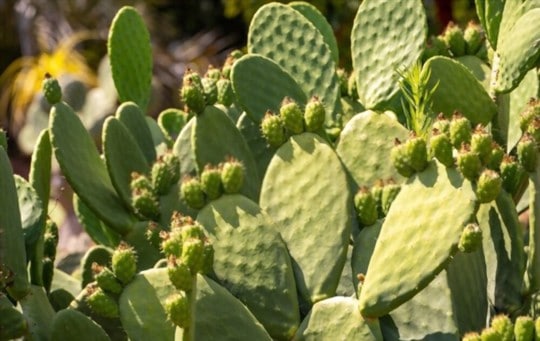 Nopal is a type of cactus that is popular in Mexico.

It is often used as a vegetable in dishes such as tacos, enchiladas, and soup.

Nopal can also be eaten raw or cooked.

If you’re looking for a unique and healthy ingredient, you should try nopal.

It is available in most Mexican supermarkets, and it can also be found online.

So there you have it.

These are 25 of the most popular foods that start with N.

What is your favorite food that starts with N? Let us know in the comments below.